[Note: this story was written for and read out at the launch event of Objects of Feminism, South London Gallery, Wednesday, 8 November 2017] 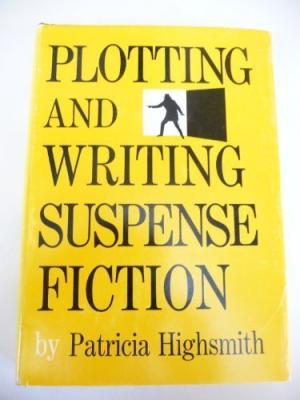 In 1983, Patricia Highsmith wrote a text called Plotting and Writing Suspense Fiction. I decided to take up Highsmith’s guidelines from this text and very loosely apply them to the text I wrote for Objects of Feminism entitled ‘Towards a Feminism of the Void’ in order to write a very short story. In my contribution to the collection, I tried to defend a certain idea of ‘strategic nothingness’, and expand upon an idea of a feminism of the void, so I wrote things like: ‘[We need] a revaluation of void-values, in which void-reason (the standpoint of the nothing) trumps … stuff-reason, where a cock is merely a cigar, and where a cold, empty place is instead a place of great comfort (if the rectum is a grave, is the womb a tomb)?’ and I also wrote: ‘[a feminism of the void] could be a renunciation of all the contracts we never signed but nevertheless find ourselves party to – compulsory heterosexuality, the regime of the visible, being treated poorly on the basis of resentment and anger that we have no ability to stop’.

From Highsmith I took the following four pieces of advice: 1. ‘A suspense short story may be based on a gimmick’, 2. ‘Novelists … have a lot of ideas that are brief and minor, that cannot or should not be made into books’, 3. ‘I create things out of boredom with reality and with the sameness of routine and objects around me … this boredom is a happy thing.’ 4. ‘Writing fiction is a game, and one must be amused at all times to do it’

Towards a Suspense Short Story of the Void, written by me, between about 3pm and 4pm today

She picked up the shadow of her phone and didn’t put it down again. She didn’t read the text he hadn’t sent, and she refused to drink the tea she hadn’t made, but then again, nor had he. Having barely gotten out of bed, which in any case, had been removed the other day, she decided that today she would finally uncover the identity of the man who hadn’t yet ruined her life.

Knowing nothing about his routine, where he lived, what he wore, or why he was so keen to destroy her, she decided to spend the next hour or so pondering these empty questions. Entering a closed bar, she ordered a vodka from a man who wasn’t there and drank it anyway. After another couple of drinks, as tasteless and clear as they were, and a mite early, though it was already past last orders, she resolved to retrace her steps, trying to determine exactly what had led her to believe that the man who would surely fuck everything up was out there, somewhere.

Though there was no sign of him, it was as if he were everywhere: the sky itself, every inscrutable glance, the very air she had no choice but to breathe, and which carried no health warning, though it surely should have. Finding herself back in her room, though she had meant to visit the abandoned men’s club on the outskirts of town, she took off the shoes she had forgotten to wear, and brushed her hair with an invisible comb, looking all the while in the mirror, which had somehow forgotten how to reflect her image. Stroking the cat that had long since gone missing, she put on a record. She was thoroughly sick of John Cage, so she whistled a little tune instead, as she wandered to the bus stop, ignoring the tut of the man who was already waiting there, smoking a cigar. A sudden compulsion to flick the stupid object from out of his mouth overcame her, but she grabbed instead onto a pole that didn’t exist, and bit her tongue, though not really, because that would have hurt.

The bus arrived. ‘We’re not going all the way, the sign on the front is wrong’ the driver said, looking out of the window the other way. Well, that suited her just fine, she thought, as she plonked herself down in a chair that was already full, taking out the banana she had thought she’d save for later. Fortunately, she had remembered to bring a book. It was called The First Sex and it was by a woman called Elizabeth Gould Davis. It had been written a long time ago. She read: ‘…modern man was a repeater –… every discovery he made and every invention he conceived had been discovered and invented before, in a forgotten past civilization of tens or even hundreds of thousands of years ago.’ This idea, claimed the writer, was shared by a growing number of the ‘cognitive minority’. Outside the bus, little bits of dust were flying around, though she couldn’t tell if they were actually floaters in her eyes, or seeds, or just random useless portions of the universe.

The bus had arrived at the stop she didn’t know she didn’t need. A man was waiting there too. He didn’t tut, but then again, she didn’t whistle. Instead he bared his teeth, less in a smile than in some other grotesque form of recognition. ‘Do I know you?’ she asked, fearing the answer. ‘No, I don’t think so,’ he said, moving aside so she could step in a large puddle to splash him on the legs. ‘Would you like to play a game?’ He suggested. Seeing no reason not to, if only because she couldn’t also see the reasons to do so, she accepted his offer with a shake of her head.

His house was dark, the walls covered with nothing but the outlines of removed photographs. Fetching a little velvet bag, he asked her to place her hand inside. ‘It’s called ‘Kim’s game, or at least it’s a variation of it’’, he said, and she thought she had a long-forgotten memory about playing something like this at Brownies. But what the hell were Brownies, and why on earth had she ever been one? No time to think about it, her hand already squirming about in the bag. ‘What can you feel?’ He asked, elbows on knees, face opposite hers like a paper bag with holes drawn by a child.

‘Nothing,’ she said. ‘there’s nothing in the bag’. And he laughed, and it sounded like the sky had opened up, and for a moment she saw in his mouth an image of forever, but it was not the kind of forever you would like to get stuck in. In her own mouth, she felt something hard, and round, and uncomfortable. Hurriedly spitting out the marble, it jumped across to the mouth of the man who began to choke. Her hand was still in the velvet bag and as she reached in, she turned it inside out, gently grasping the marble on his tongue before pulling it out. The man stopped choking, but he did not stop laughing. He continued to laugh as she refused to kiss him, as his tongue in and out poked the air and his pants came off. His arms got goosebumps and she didn’t moan as he didn’t hold her, and he wept as she laughed, and she fell off the bed and knocked all his Lacan off the bedside table, and then he got annoyed. ‘Fine, I’m leaving!’ she said, though she had already closed his front door ten minutes earlier.

Back home, she found a note on the mat, where the missing cat was not sat. Feeling too bored to read it, she burnt it instead, and placed the ashes carefully in the fireplace that wasn’t there. In any case, she knew who it was from, and she no longer had any interest in reading it, because she had a funny feeling she already knew what it would say.